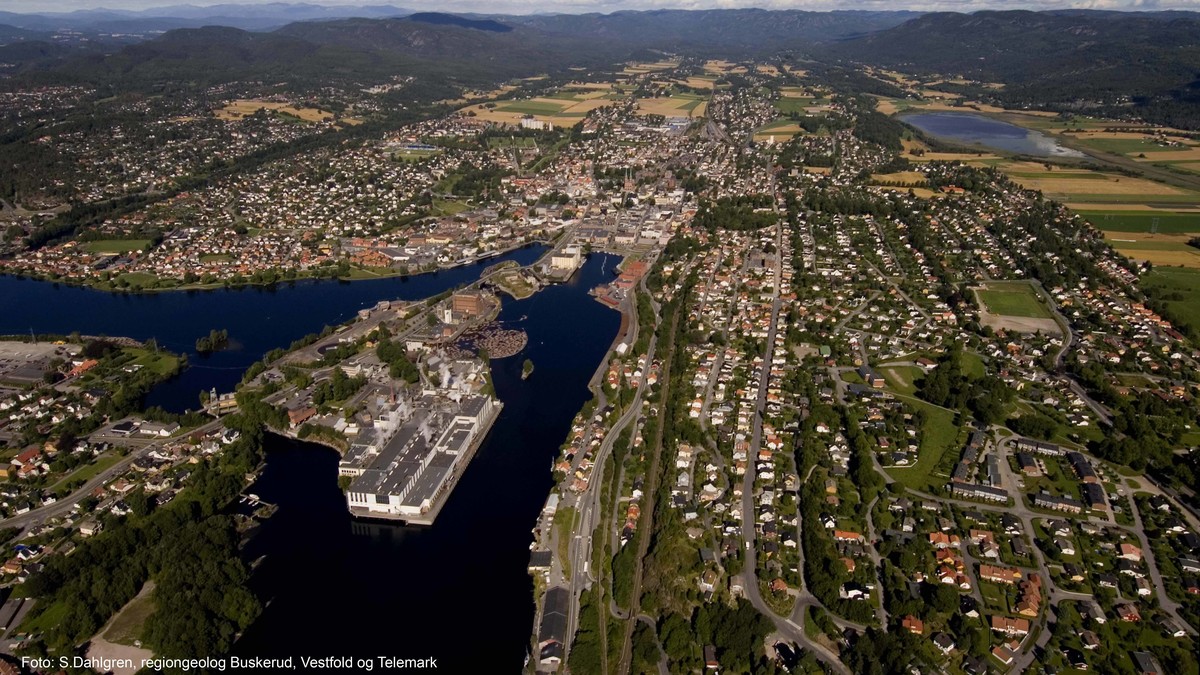 Skien is a community with an exceptional geological diversity. A tour across the Skien-Gjerpensdal valley is a tour through 1500 million years of geological history.

To the west and northwest of the city center lies ancient basement rock. These rocks are old, more than 1500 million years old, with traces of mountain-building that took place perhaps more than 1000 million years ago (Sveconorvegian Orogenese).

In the Gjerpensdal valley one sees a combination of limestone overlain by marine clays. The limestone ridges trend in a north-south direction, and they represent a sea floor formed in an ancient tropical sea. About 450 million years ago, the continental plate that Norway lies on was located south of the equator. The continental plate was largely covered by ocean, in which many plants and animals lived. Many of the animals had calcareous shells, and it is the remains of these calcareous shells that form the ridges, layer by layer. On Kapitelberget, the Krypt Church is built on the remains of a coral reef from this time.

The marine clays in Gjerpensdal valley were formed in an arctic fjord some thousands of years ago. When the big ice sheets that covered Scandinavia 12,000 years ago melted, sea water flowed in over our depressed land. The clays help to make the soil fertile. Another contributor to the fertility of the soil is the basalts to the south of the valley. The basalts are lavas that flowed out from the volcanoes about 300 million years ago. There is lush leafy vegetation on these volcanic deposits, that is very visible in the terrain.

Iron mines considered to be the oldest in Norway are found in Fossum. In the year 1538, the german (saxonian) miner Hans Glaser was sent by the danish-nrowegian king to Norway and he was the first who described an ore-rich stone in the area of Fossum. Since 1620 there has been activity in the Fossum Iron Works, which is based on the ore that is mined from the Fossum mines. 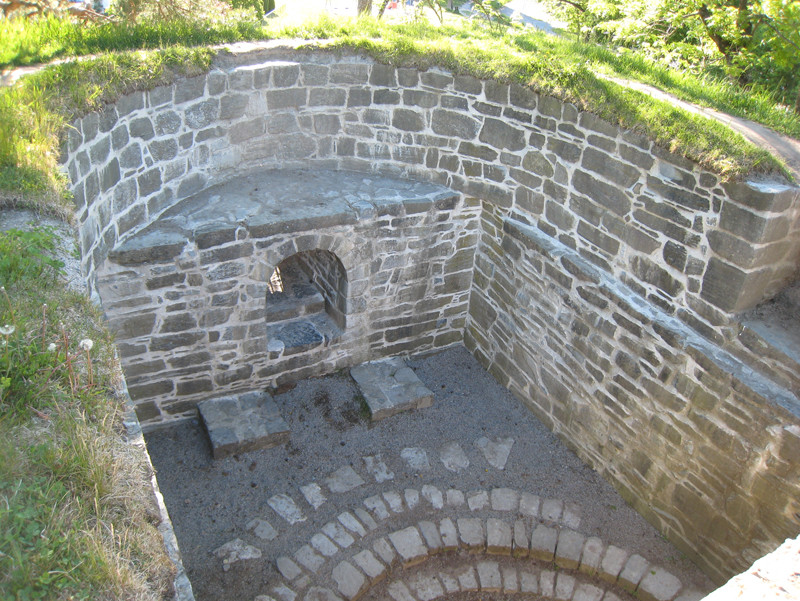 Kapitelberget is a fossil coral reef, southeast of Skien city center. The reef forms a height, and on top of it you will find the ruins of a medieval stone church. 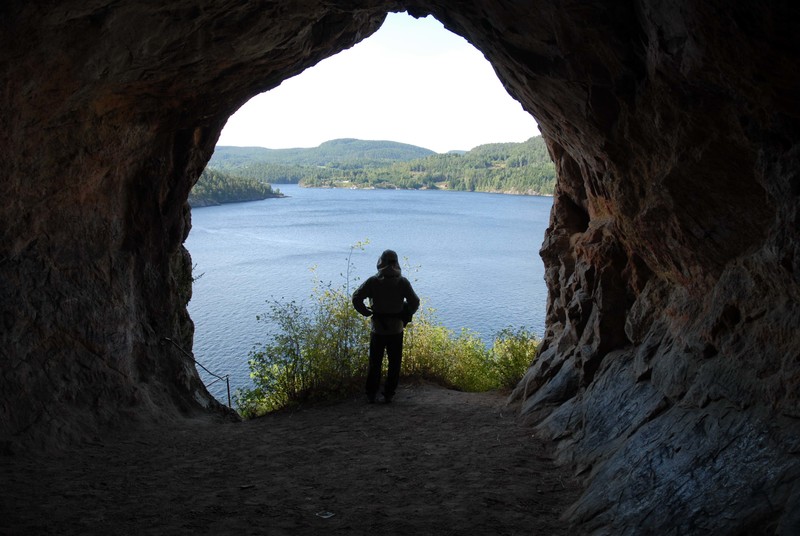 North of Løveidkanalen along the Telemark canal lies Mikaelshula. It is a cave in the mountainside, about 30 metres up in the bedrock.