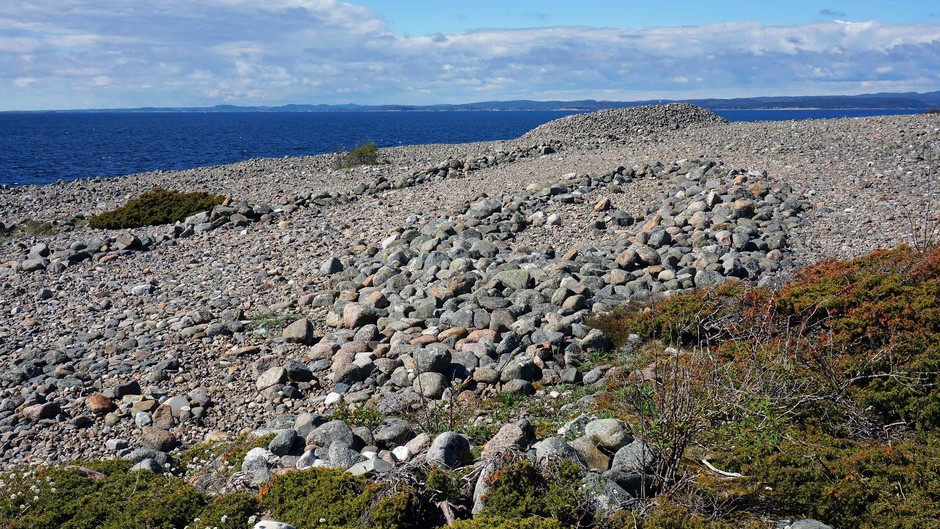 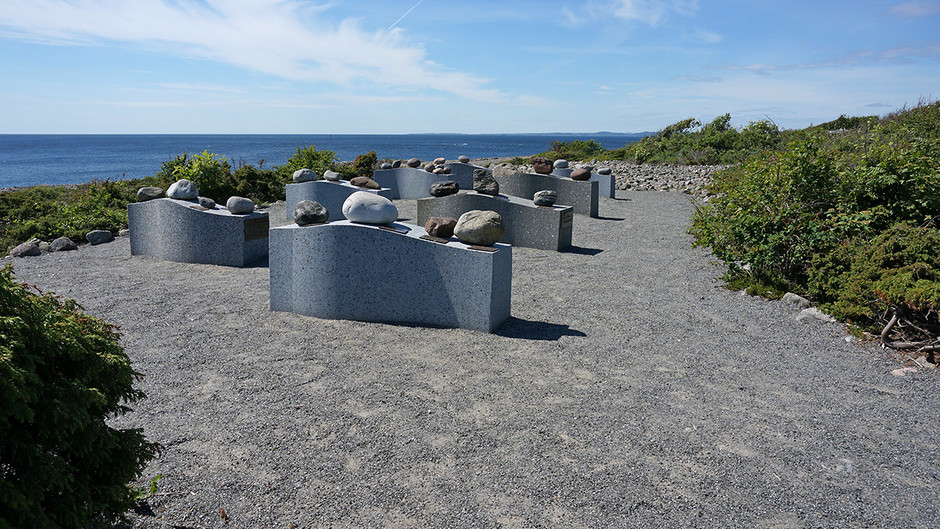 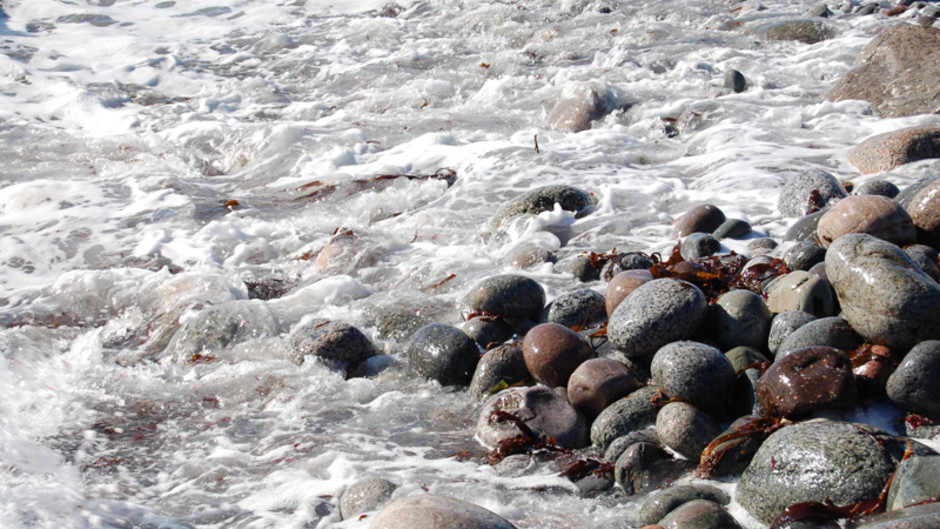 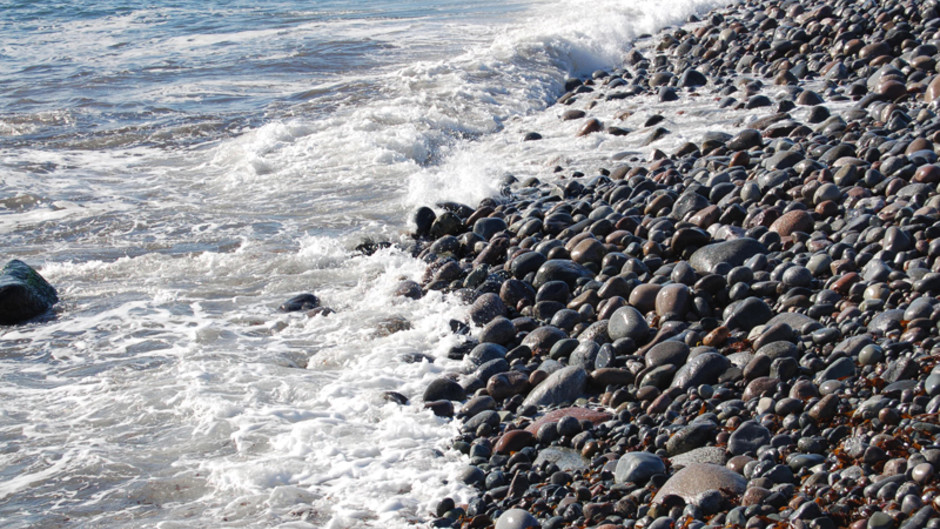 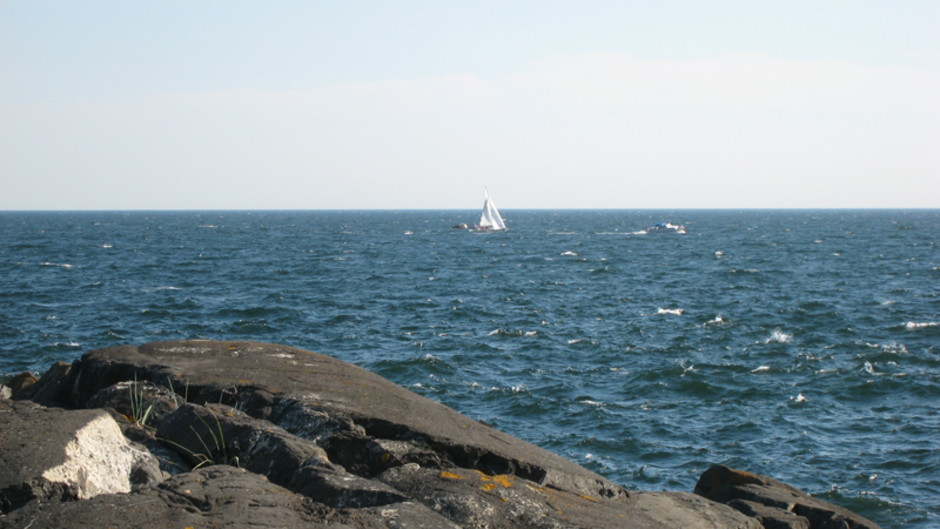 Part of one of the largest natural monuments from last Ice Age in Europe.

Melting and retreat of the last large ice sheet covering Scandinavia (Weichsel) was fluctuating. Colder periods, such as Younger Dryas, 12 800 -11 500 years ago, led to ice advances and formation af large marginal moraines. The Ra morain is the result after the ice standing more or less still in a period of 300 years. A large pile of different rocks, boulders, sand and clay was deposited and later reworked by sea and wave action.

The glacier picked up at transported a lot av rocks from the southeastern part of Norway. Main source area is the landscape north and northwest to Mølen, but you may also find specimens from areas in the northeast. You might find ass much as 100 different rocks, some of them are very characterisitic and easy to recognise.

The solid rocks at Mølen

If you leave the boulders at the shore and head along the blue marked coast trail northeastwards, you will se black rock formations, some of them with white spots. These are Permian volcanic rocks, once flowing out from large volcanoes. The ultramafic, for the most lava flows where formed while the Oslo Rift opened up. 301 million years ago. These rocks are rare on a global basis, since they are the result of partial melting of metasomatized lithospheric mantle.The white minerals are mainly albite, sometimes calcite.