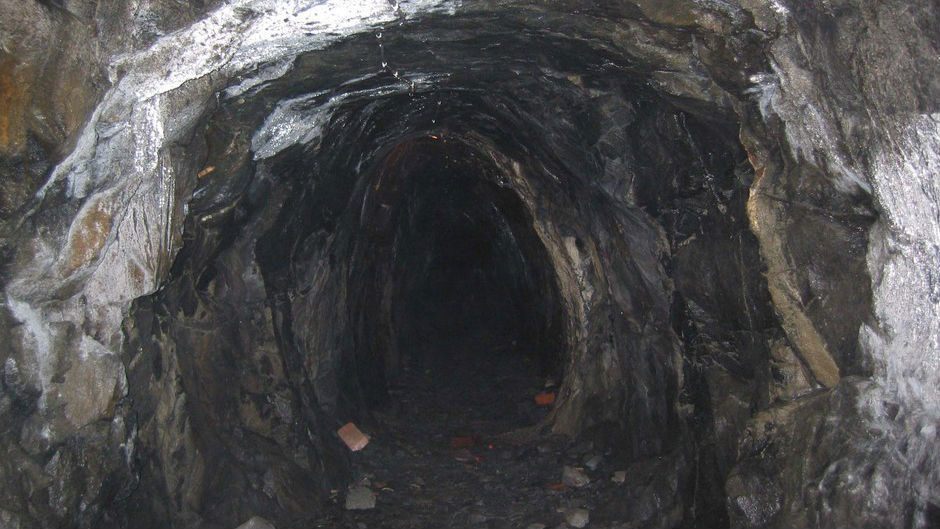 The Dypedals mine consists of an open pit mine with a main entryway about 40 metres into the mountainside. Apatite is a phosphate mineral that is commonly used in the fertilizer industry.

In 1854 the English firm Evans and Atkins from Birmingham opened an apatite mine in Kragerø and nearby vicinity. In its first period from 1854 to 1859, about 5000 tonnes of apatite was removed. The English firm also ran nickel mines in Bramble, but withdrew in 1860 and turned over the operations to the brothers Tellef and Johan Martin Dahll in Kragerø.

The apatite mines in Kragerø were located very near to one another: Dypedal, Løkken and Haukedal. Around 1880 the firm Dahll re-established operations of the apatite mines, especially in Løkken and Haukedal. The National Mining Authorities worked a number of mines and carried out prospecting here in the district, not least during the First World War to help with the country’s need for fertilizer.

In the piles of slag left from the apatite mining, another interesting mineral turned up: rutile. Around the year 1900 the mining of rutile was established several places along the coast from Bamble to Tvedestrand, including also the Dypedals mine. The largest occurrences were found in Lindvikskollen west of Kragerø. Rutile has also been used in the paint industry, for example in the colouring of porcelain.

To the left of the open pit mine there is a side-alley about 50 metres long. The smooth walls in this side-alley suggest that the rock was loosened here by heating with fire, whereas dynamite was used to clear the main part of the mine.
Dypedals mine is the only apatite mine that has been made accessible to the public. The others are partly filled with water and are closed for security reasons.