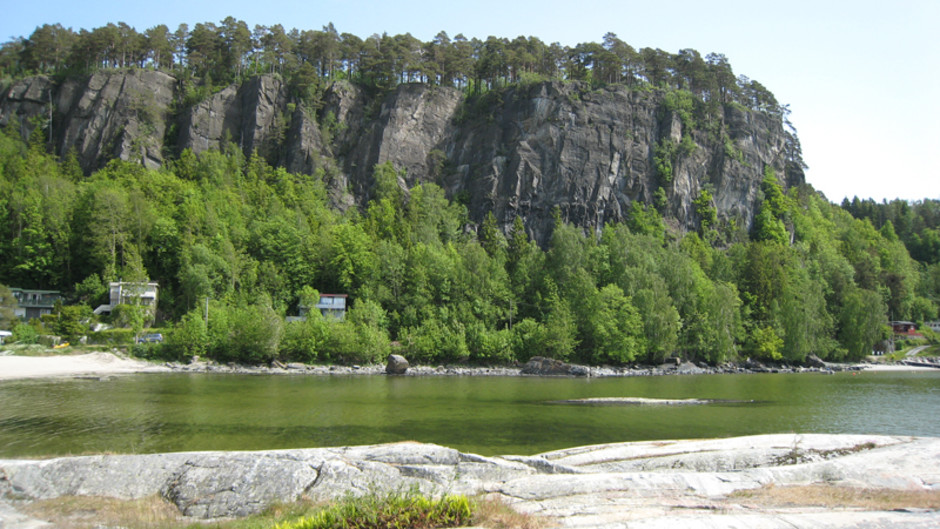 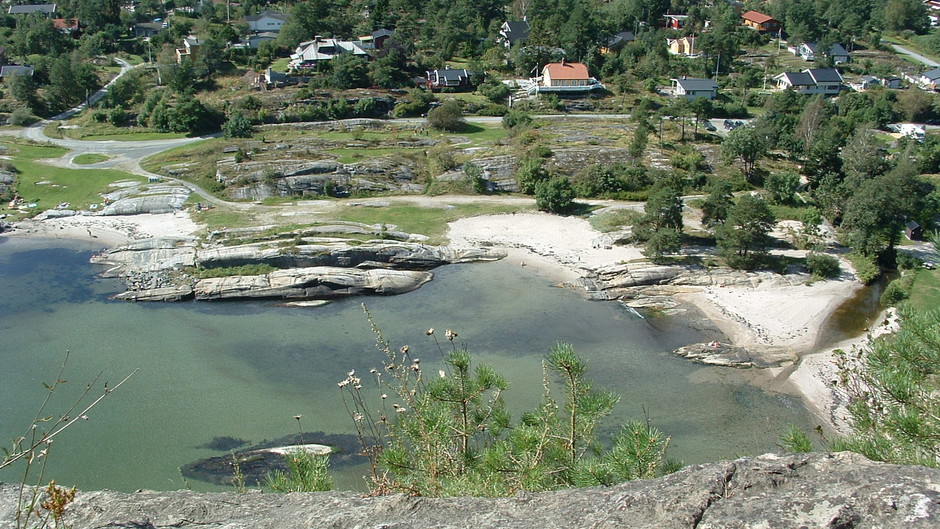 Rognstranda is part of the coastal path of Bamble, providing great hiking experiences in coastal terrain. 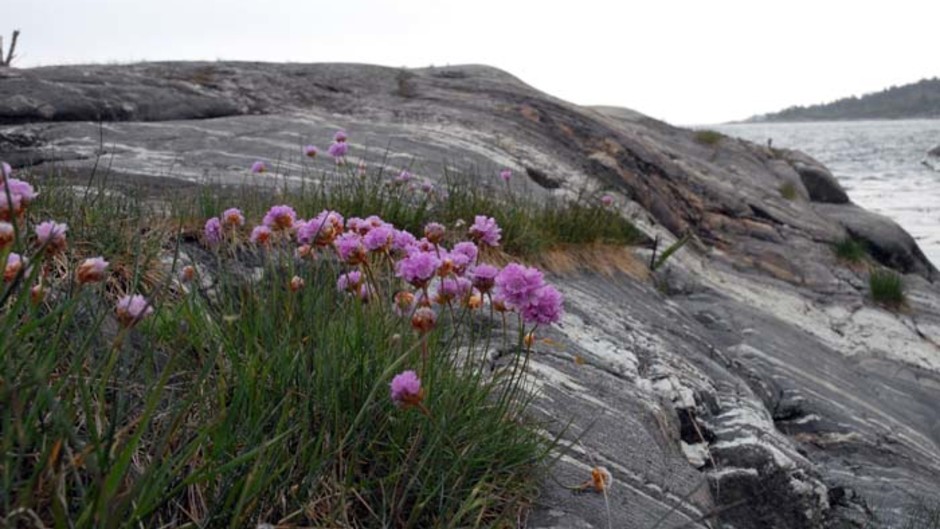 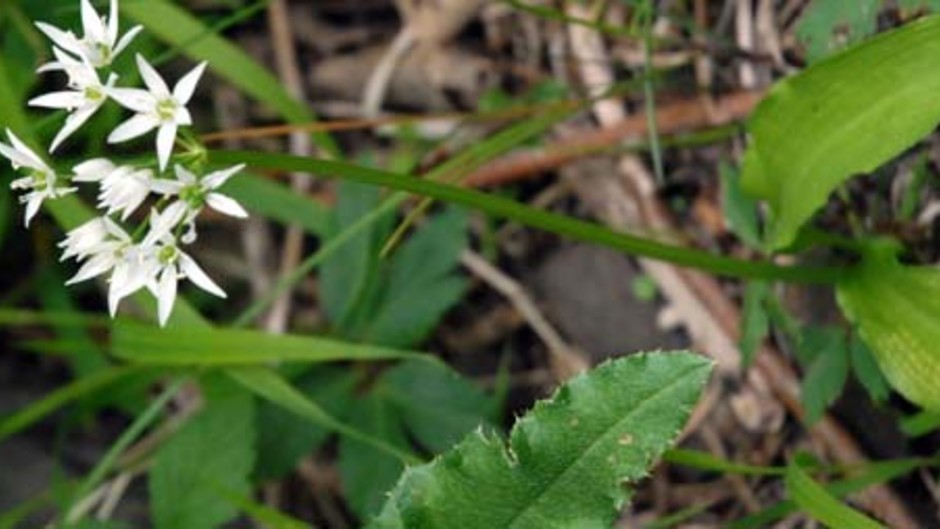 The vegetation on Rognsåsen is complex and very diverse. Lime forests are formed where the amount of limestones, moisture and topography is in a unique combination. 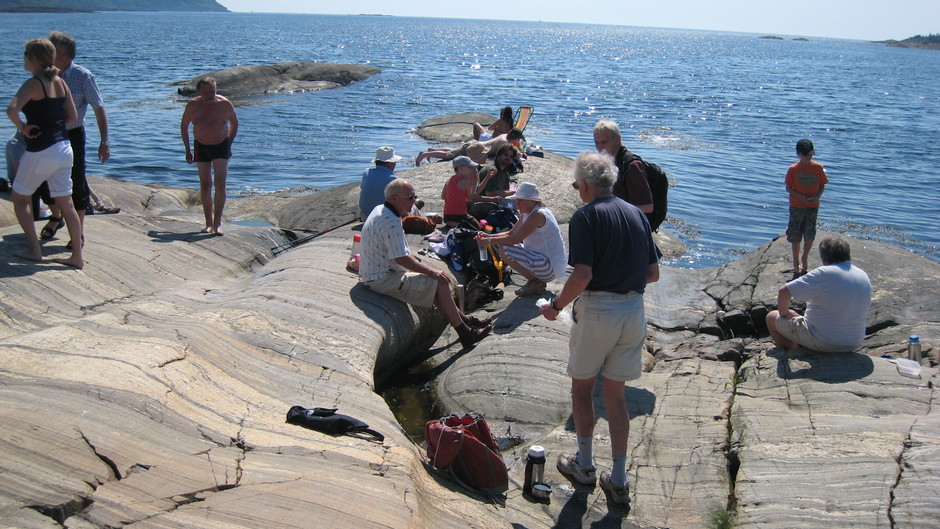 The gneisses that make up the smooth rounded rocks on the west side are 1100–1500 million years old and were formed during the geological time known as the Precambrian. 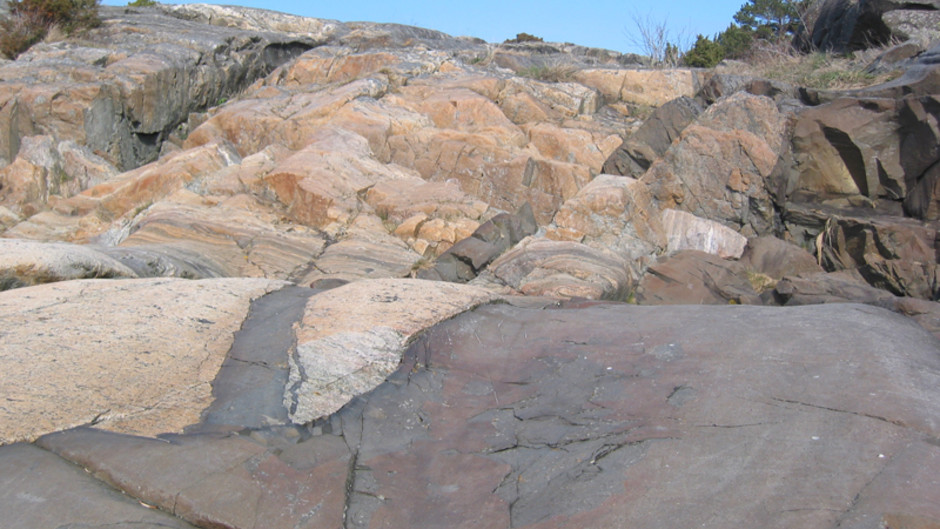 The picture shows us also a diabas-intrusion (dark grey) into the light coloured gneisses. Diabas is a magmatic rock, which was penetrating into the gneisses during the late Paleozoic when tectonic activity increased in the Oslo Rift region. 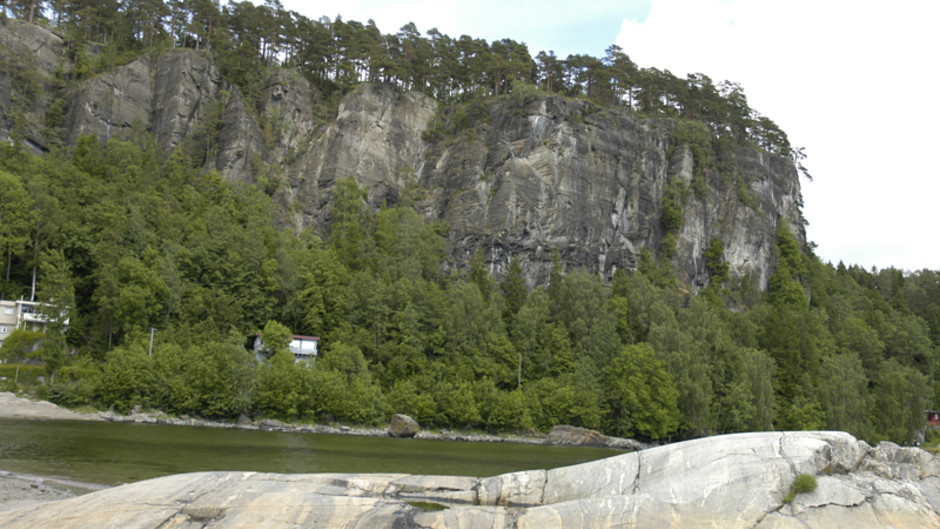 The fundamental geological boundary at Rognstranda. There is an angular unconformity between the high-grade Meso-Proterozoic gneisses (in front) and the fossil-rich Cambrian and Ordovician strata (behind).

The landscape with the escarpments, "flauane" in Norwegian, is characteristic of the Grenland region, and is a result of at least 250 million years of erosion.
The smooth sea-side rockface at Rognstranda began its life as volcanic rocks and sediments 1500 million years ago.

The rocks became deformed and metamorphosed during the Sveconorwegian orogen (mountain-building event), about 1000 million years ago. The rocks were transformed into different gneisses, at certain depths deep inside the mountain chain. The mountains were later eroded and the gneisses uplifted, and after several millions of years, they were flooded by the Cambro-Silurian seawater.

During this period, lasting from 540-415 million years ago, the gneisses were overlain by calceraceous sediments, clays and sands. You can see these sediments in the escarpment at Rognstranda, now as well-bedded limestones and schists. Between the gneisses and the sedimentary rocks there is a time gap, an important geological boundary between Precambrian and the Cambrian (Paleozoic and Mesozoic Eras).

A lot of fine fossils may be found at Rognstranda. But, the locality is protected, so you are not allowed to collect any fossils. Also, take care, look out for rock falls from the escarpment.