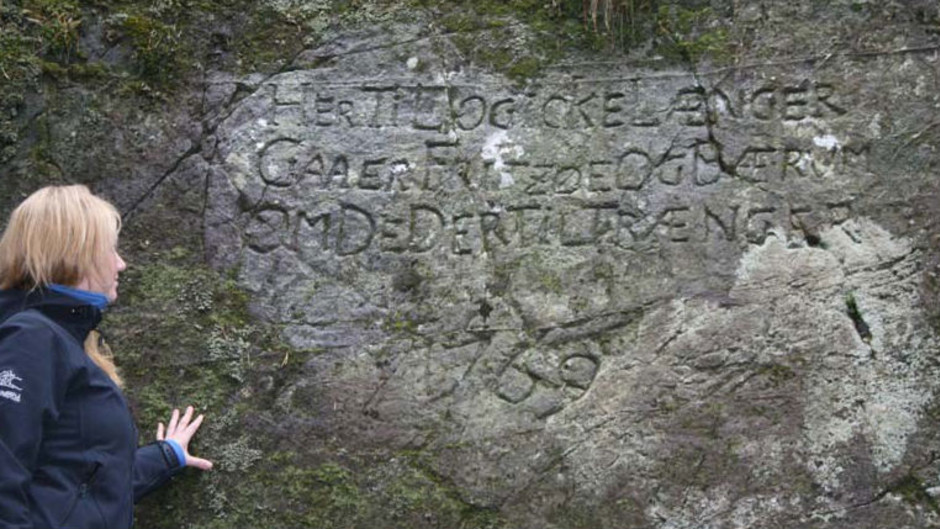 As far back as the 1600's and all the way until the 1960s, there has been mining for iron ore on Langøy Island, taking place during several periods.

The island is full of tunnels, pits and quarries, with many mines along a 1,1 km-long zone of ore with steep veins of magmatite. The veins containing ore lie in amphibolite and albite within a zone of breccia that runs along the whole island.

About 500 000 tonnes of ore were produced up to1870 and delivered to Bærums Works, Fossum Iron Works, and Fritzøe Iron Works. If one also takes into account later deliveries to Tinfoss Iron Works, there has probably been a total of nearly 1 million tonnes of ore mined from Langøy. The Langøy mines were important for providing a basis for the operation of especially the Bærums Iron Works and the Fritzøe Iron Works. Ore was also delivered to the iron works at Hakedal, Dikemark and Moss. Because it had a low phosphorus content, the ore was considered to be of high quality.

The two biggest mines were the Grevinne Wedel mine (82 m deep, 165 m long) and the Fru Anker Mine (145 m deep, 115 m long). In addition, there were a number of smaller mines and quarries on the island. In earlier times, the mines were worked by the process of burning, which was a common method until the beginning of the 1800s, since wood was cheap and dynamite was expensive. Mining was carried out all the way down to 97 m below sea level. These were in their time Norway's next biggest iron ore mines. As was the case other places along the rocky Kragerø coast, there was also quarrying of feldspar and quartz here, and one of the largest feldspar quarries is found on Langøy. The feldspar was used for making porcelain.

Langøy is a part of a quite mineral-rich area that has been much visited by collectors over the years. Langøy is especially known to be a collecting area for beautiful emeralds and hematite (mirror smooth). The mineralisation appears in rock types like amphibolite, norite, and albite. Also quartzite and pegmatite are found on the island, as in other outcrops along the rocky seacoast, as well as on the mainland in Bamble.

Because of the mining operations, this was in its time the most populated island along the coast in Kragerø, and a network of roads was built.